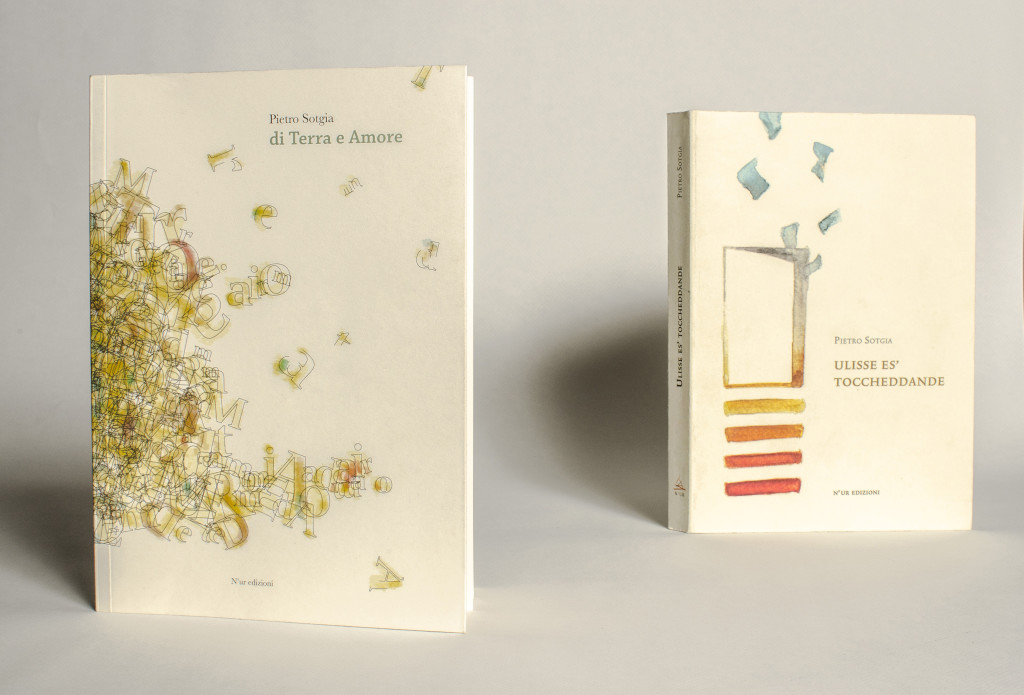 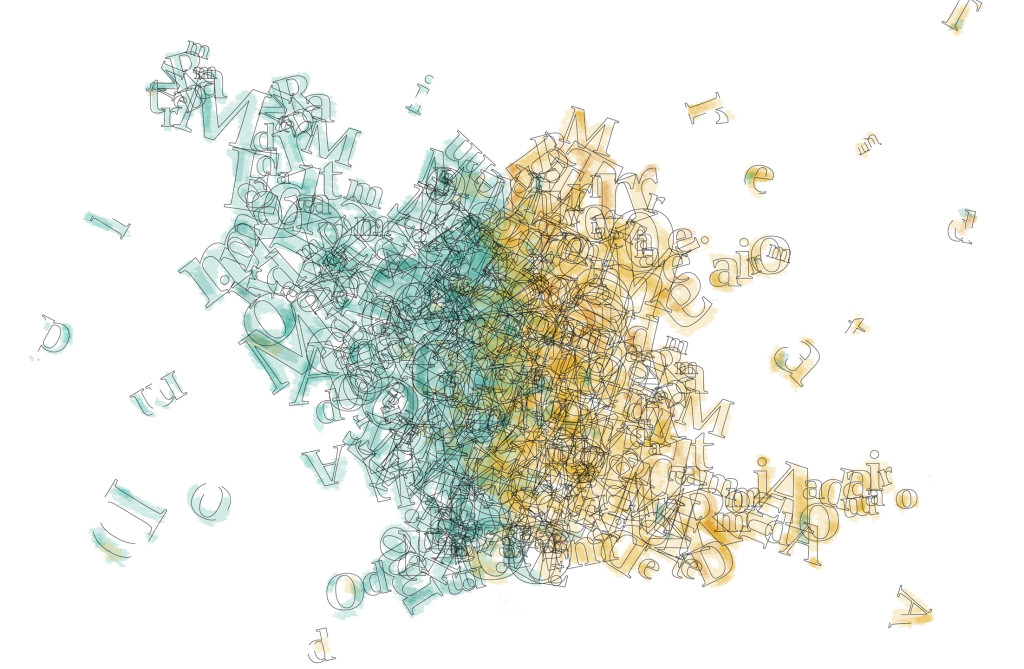 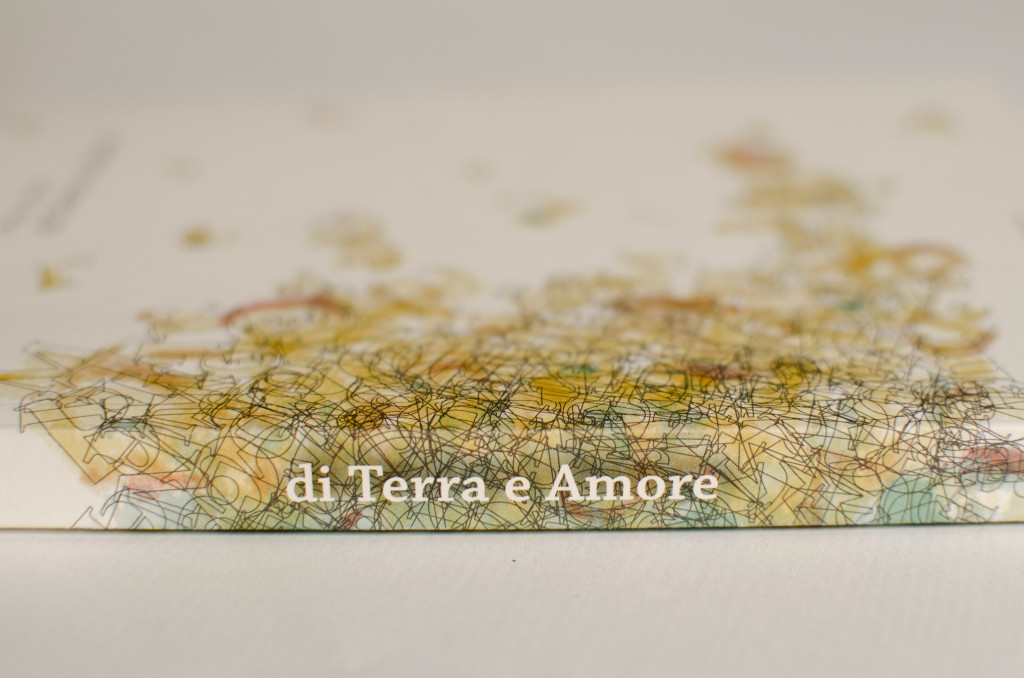 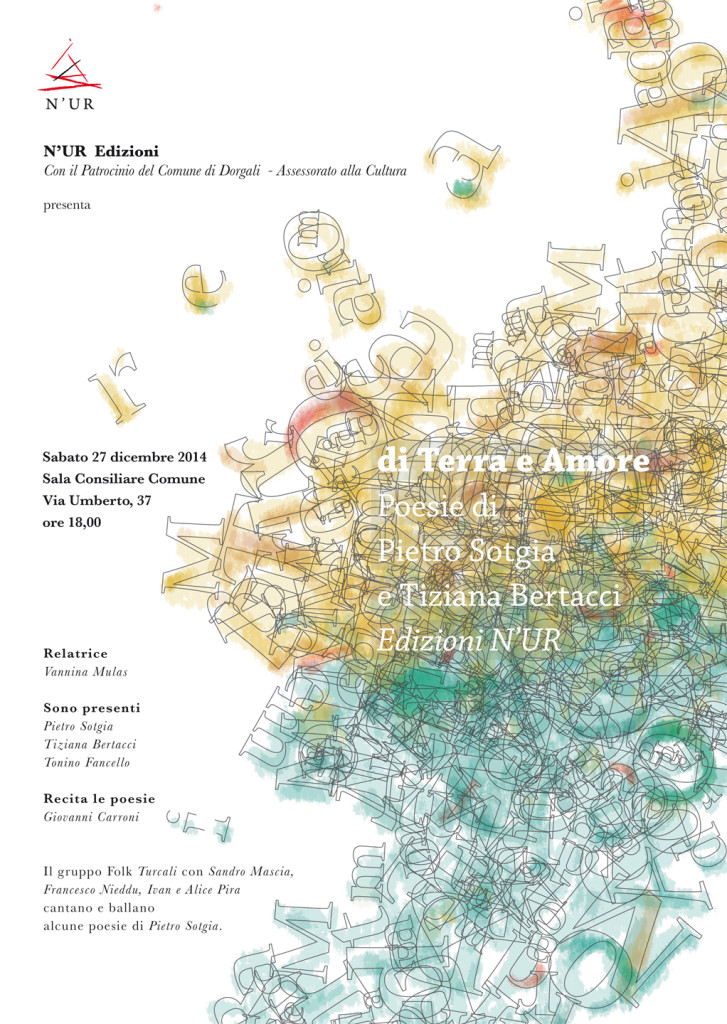 The poet’s activity started in the Seventies, and was recognized right away, not only in Sardinia. His poetry, written in both Italian and Sardinian languages, is deeply imbued with sentiments of truth and freedom. In his collection Ulisse es’ toccheddande (Ulisse is coming back), his poetry becomes a liberating and purifying force. The idea is visually represented through an unclosed, waiting door. To get to that door, one has ideally to climb four steps, each symbolizing the ages of man. The book di Terra e Amore (of Land and Love) collects the poet’s work along with writings by Bolognese poet and artist Tiziana Bertacci. The book features two upper plates, each introducing to one poet’s verse. On the cover artwork, letters fade away into a haze which recalls a nebula. On the Bertacci side, the letters are composed to form a map of Bologna; while on the other one, the map of Dorgali, Sotgia’s hometown.